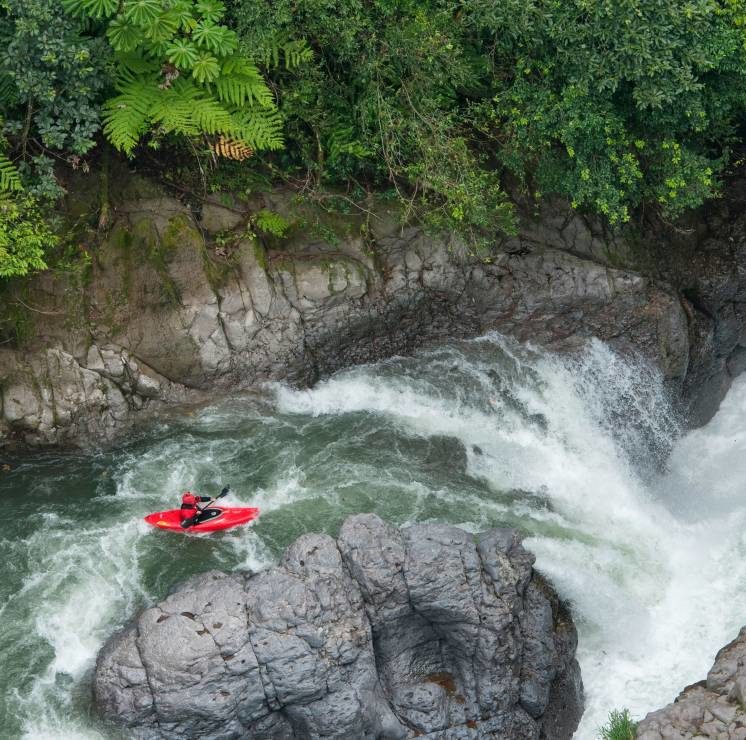 In cooperation with 9th Plan, we have once again prepared a unique series of special screenings of an amazing production,  this time about the pursuit of a dream. In the main role one of the most professional mountain canoeists in the world, known among others for rafting over the 40-meter Big Banana waterfall, Rafa Ortiz. A chain of movie theaters Multikino Polska was a partner of our project. The super-production screening took place from October 24, 2016 at 20:00 in fifteen selected cinemas located in the largest cities of the country.

“Chasing Niagara” is a breathtaking documentary directed by Rush Sturges, which finally saw its Polish premiere. The heroes are people who make their dreams and irresistible pursuit of purpose stand out.

Rafa Ortiz, known for his extreme feats and overcoming the world’s highest waterfalls, mountain kayaker is trying to once again be on the pages of history. This time, the Mexican and a group of friends plan to cross a famous kayak through the famous waterfall on the Niagara River, on the border between Canada and the United States. Even for experienced and well-acquainted with the risk of canoeists, such rafting is like taking a hoe to the sun. 51 meters high and almost 568,000 liters per second are not the biggest obstacles to overcome …

To do this, it is necessary not only to train hard, but also to outsmart the authorities, because Rafa Ortiz’s dream and the canoeists accompanying him are not legal. The director skilfully portrays athletes ready for anything to be able to fulfill their biggest dreams.

In Sturges’ film you can see the performers in many beautiful places. The production was packed with spectacular shots, including the Palouse Falls in Washington State, the Santo Domingo River in Chiapas, Mexico, and the Sahalie Waterfall on the McKenzie River in the USA, where this amazing project was being prepared.

“Chasing Niagara” is a sports film that was shot in 4K Ultra HD Dolby Vision ™ technology and is broadcast in 2K, in accordance with the DCP cinema standard, guaranteeing unprecedented picture and sound quality. 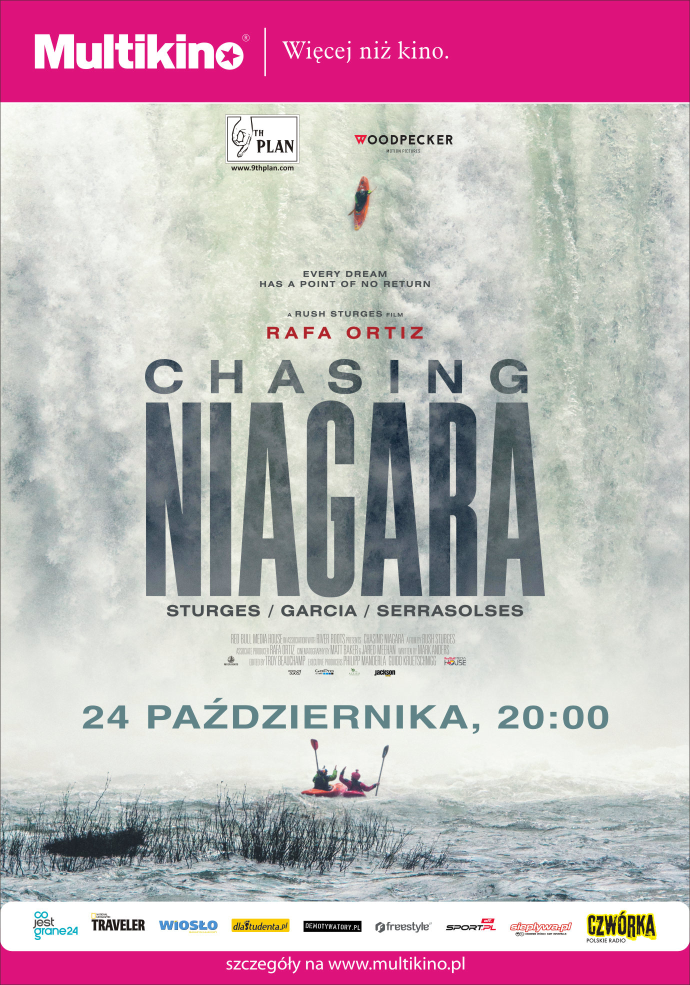